Maxwell quick is the epitome of laziness. The only thing he wants to do in life is sit in front of his TV and drown himself in alcohol. But unfortunately that doesn’t seem to be an option for him anymore. When Max defends himself from terrorists that reside underground and are aiming for global domination, he is quickly sucked into a world where slacking off and being a lazy bum might even cost him his life. He has to fight against all the forces that are thriving to bring him down, and wait, he has a deadline too.

Birth is the first book of the Bizarre literature or Bizarro Fiction that I’ve read and I think I can admit that it was one of the best decisions I’ve made. In this review, I won’t be talking much about the story line because I really want you guys to enjoy it for yourselves. There was something about this book which enthralled me since the very beginning. It was as if I was in a state of momentary trance. The book had a bang-on start and sucked me as soon as I finished reading the first paragraph.

For all those who have never had the pleasure of reading Bizarro Fiction, it is a blend of genres. You have Science fiction, combined with bits of fantasy and thriller and romance. In layman terms, it’s like reading a narration of a cartoon series.

The author has done a commendable job in world building and the pacing of the novel. There is a perfect amalgamation of thrill, fiction, humor and romance in this book. However, I think I need to mention that this book also has some very vivid descriptions which may be disturbing for some readers.

The plot was fast paced since the beginning and the story line was unique, unpredictable and thoroughly enjoyable. The tinge of humor that the author has incorporated in the novel added a cherry on the cake. There were a lot of sexual innuendos, references and graphic sexual details which made me a bit squeamish but I got through it anyway.

The characters were well penned and each had a distinctive personality which was truly amazing. The language was fluid and comprehensive. Yes, there was a bit too much gore and swearing for me, but other than that, I am looking forward to the next book in the series.

Over and all, I would recommend this book to anyone, above the age of 16, who is looking for something different and challenging to read. This was a new experience for me and honestly, I can’t wait to read the second book of the series. 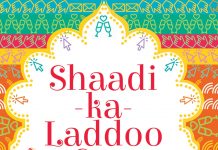 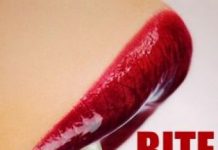