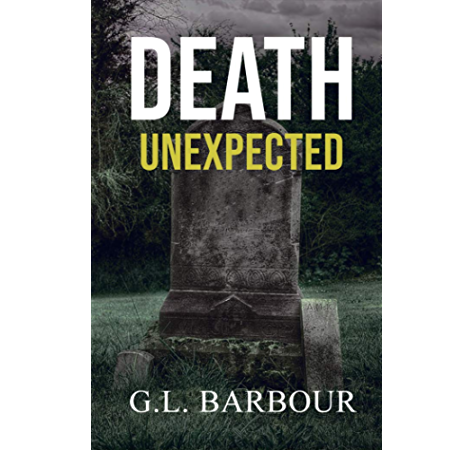 Death Unexpected is an intricately woven medical thriller which addresses the theme of medical negligence & fosters a cleverly penned murder mystery. The cover of the book justifies the theme & makes you want to pick it up and give it a read.

I have read my fair share of thriller novels & hence, I can confidently say that this book comes under my top 5 thriller reads. The flow of the plot was smooth and the story line was building up throughout the course of the novel. Since the very start, I felt drawn to the book just like a moth drawn to a flame.

The plot was fast paced since the beginning and the readers get an in depth view into the lives and minds of medical staff. The storyline was full of suspense, unique and utterly unpredictable. The author sure knows how to keep the readers hooked. The world building was beyond perfection. I could feel my heart beating a little faster every time a new twist came into existence.

Despite the fact that the author introduces a lot of different characters, all of them were well penned. The story is actually ‘shown’ to the readers rather than just being ‘told.’ The climax of the novel had me blown. It couldn’t have been better! The language of the book was comprehensive & vivid. The author painted a clear picture of the story.

Considering the fact that this book was a Medical thriller, it had a lot of Medical jargon in it. It didn’t settle well with me since I do not have a background in medicine. Other than those instances where the medical details became too much for me, the book had me under its spell.