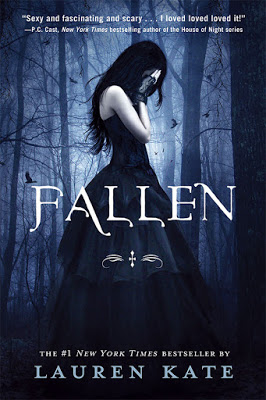 “We meet. We always meet, somehow we’re always thrown together, no matter where I go, no matter how I try to distance myself from you. It never matters. You always find me.”

17-year-old Lucinda falls in love with an inhumanly dazzling & Cushing boy, Daniel, at her new school, the grim, intimidating Sword & Cross. The enigmatic violet glow and appearance of Daniel’s eyes, his angelic smile and the way he looked at Luce made her feel like a Deja-vu. She strongly believes that she knows him… just doesn’t know how!

It is only later she discovers that Daniel is a cursed fallen angel who is neither destined to exist in heaven nor is given a place in Hell and that they have spent lifetimes finding and losing one another as good & evil forces plot to keep them apart. “You know everyone loves to hate a happy pair of lovebirds”. Secrets unfold, betrayals take place & hearts are shattered. Can Daniel save Luce from all the people who want her dead or will she be gone… and this time “Forever”?

Fallen series is a planned Quadrilogy and a beautiful novel which showcases all the emotions from love & suffering to betrayal & heartbreak. It is a perfect novel for people who prefer reading something that is beyond imagination and outwardly of the human world.

It has an impressive connection between mortal beings and immortal souls plus, is somehow really addictive and obsessive. One cannot forbid oneself if he has started reading the novel. I devoured it from start to finish in just a few hours. Lauren Kate’s writing contains an extraordinary force which kept me glued to her novel. Thankfully! It did not have those long pages after pages of internal narration by the protagonist which exist in almost every second “Fantasy Romance” and frankly, FREAKS ME OUT!

I really need to admit that I was entirely drawn to the characters, specifically, “Cam”. His cool charisma and spectacularly stunning emerald eyes… The kind of green that pushed its way through the piles of gritty snow to remind you that spring was coming. The kind of green that budded on the prisoners of winter, bringing life back to their branches. That green color that brings hope and life no matter what has happened. Geez! It was something SWAGGY!

Okay… So the whole spin – around – of – the – story thing was given a bit too late. It should have been given early to form a proper interpretation of the novel. Although, the flow, character plot and the synchronization in the book left me turning page after page like an insane person. I was filled with the feeling of awe and the curiosity was actually killing me! I couldn’t stop reading the book even for a few minutes!

Personally, On the whole, Fallen is a book which can win the heart of anyone and everyone who reads it. The novel has left me yearning for my own “Angel” and envying Luce since she has one!!! As Fallen comes to an end, some questions remain intact which leave the readers passionate to know what will happen in its fantabulously thrilling sequel “Torment”…

“I’ll always choose you Lucinda… Every single lifetime, I’ll choose you. Just as you have always chosen me. Forever…”