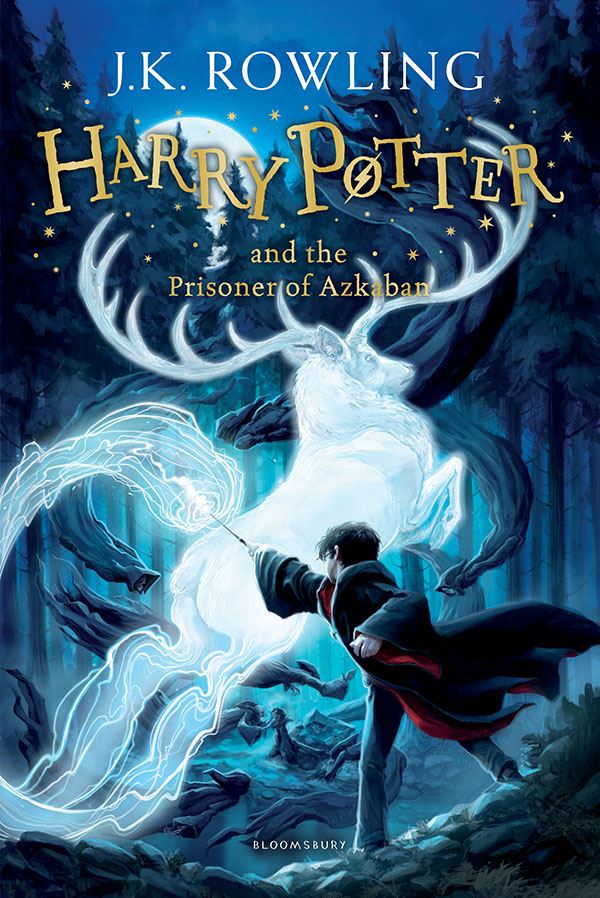 “The world isn’t split into good people and Death Eaters. We’ve all got both light and dark inside us. What matters is the part we choose to act on. That’s who we really are.”

Harry’s third year at Hogwarts is tainted with a psychopath killer on the loose. Sirius Black – the loyal supporter of Lord Voldemort (or so the rumor has it) has escaped from the wizard prison, Azkaban. The Weasleys reckon that after killing Harry’s parents, the dangerous killer is after Harry’s life.

With dementors parading around Hogwarts, new and stricter rules are forced upon the students. With these horrifying demons at a loose and a new ‘Defense against the Dark Arts’ teacher, Remus Lupin, Harry’s third year at Hogwarts will bring more trouble for the trio than ever. Read the third book in the series to be a part of the dangerous wizarding world and who knows, our characters might not even make it out alive.

The third book of Harry Potter is a spine-chilling novel with the darker secrets of the wizarding world being revealed. The novel, unlike its predecessor, was quite unpredictable. The author managed to keep the suspense intact till the very end. The style of the writing is very descriptive and easy to understand. The book is definitely a grand hit like the prior editions.

The horror part of the novel was also enthralling. The narration about those dementors’ face beneath the hood and their dirty, big claws, were flawlessly perfect. This novel had little humor content but was nonetheless quite enjoyable. The beautifully described scenes were wonderfully brought to life by the perfect writing of the author.

The book was definitely quite different from the rest as it highlights the dark forces which await Harry as the war between the good and evil draws near. Also, Harry learns a lot about his past which otherwise, he had no idea about. The book is definitely a page-turner and provides very subtle clues that the readers tend to miss.

Also, the personalities of the characters start to become more complex as they start to grow and enter their teenage. Ron and Hermione still cannot seem to stand each other. Harry is very disturbed after finding the truth about his past. The book, as a whole, was very emotional as compared to the past two books.

Though, I need to admit that I found the ending a little rushed. No wonder, it was a beautiful ending, yet somehow, that emotional appeal was not very great and could have been much, much better!

Apart from that, the book was flawless and I couldn’t wait to review the next book in the series ‘Goblet of Fire’. Till then,

“Don’t let the muggles bring you down…”