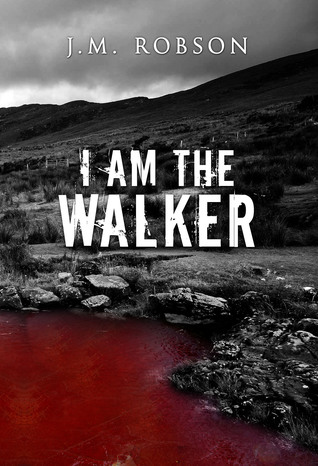 In the faraway lands of Scotland, there lived a person named Billy. Abused and tortured at every possible moment by his family and peers, he resorts to spending some alone time walking through the countryside. When one fine day, he has had enough of being pushed around, he changes his simpleton ways into something way more sinister. I Am a Walker is the story about how a serial killer was born in the pristine lands of Scotland.

‘I am the Walker’ is a compelling Psychological Thriller novel outlining the life of a 20-year-old serial killer residing in Scotland. It is a very well threaded thriller which make it very difficult to put it down. Honest to god, I finished reading the novel in mere two hours. This is the first novel I’ve read which is set in Scotland and boy am I impressed.

Starting with the cover of the book, its dark and mysterious and justifies the theme of the book down to the point. The title is unique and practically tailor made for the book. It is a quick read which just touches the mark of 200 pages.

The book started off with a steady pace, luring the readers in and then, all of the sudden, it switches its pace to turbo mode. Something that kept me on the edge the entire time I was reading this novel. The plot was riveting and filled with suspense. The writing style of the author was easy to comprehend and enthralling enough to keep the reader hooked. The story line gets a definite A plus from my side. The story is so well woven and the unforeseen plot twist at the end of the book made it a complete thriller package. There was no instance in the book where I found the story line lagging or stretching.

Coming to the characters, I think I need to admit that every single character was descriptively penned. Each character had their flaws and that is what made them real. There were just a handful of characters but the story is one which will remain with me for a very long time. There were instances where I felt chills run down my spine and that is an indication that the book was a very good thriller.

Now, while I try to get my hands on more books from the author, you, my dear friends, purchase your copy of the book ‘I Am the Walker.’ The book will keep you bouncing on the edge of your seat and will leave you craving for more.