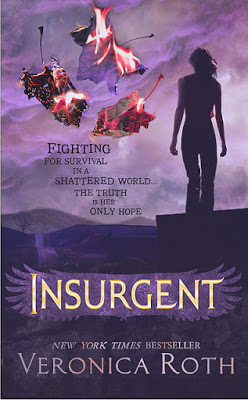 “Fighting for survival in a shattered world… The truth is her only hope.”

Every choice has its consequence and everyone is condemned to pay the price of their choice. After the attack on Abnegation faction, it is up to Tris and her group of friends to decrypt the reason for the attack. Tris has to save all her loved ones from the future that awaits them next. But what if she herself plans to endure the danger…Alone? Will Tobias let her do this or will he save Tris from herself? If yes, will he face the consequences? And trust me… they are not at all pleasant. Because this war is just THE BEGINNING!

Will Tris save everyone or will die in her attempt? Read ‘Insurgent’ to find out.

Insurgent continues just after Divergent where Tris, Tobias, and Caleb along with a few others, try hard to find out the reason for the attack on the Abnegation factor by the Erudite one. One of the best parts was that this book did not contain the tedious recaps of the previous installment. Rather, the major events were covered via Tris’s thoughts and other interactions between the various characters.

This book was good but did not meet my expectations. On one hand, Divergent held its own unique charm within itself whereas Insurgent felt sort of dull in front of Divergent.

I loved the part that Tris actually felt guilty for acting in haste and not understanding the demands of the situation. This guilt affected her actions, which was good but at the same time, risky for her.

Also, the character of Tris was suddenly shown very vulnerable – which is the exact contrary of what she used to be in Divergent. She was determined to cease her existence just because of guilt. This was a very frustrating part of the book. I mean, what has happened, cannot be changed. So, rather than allowing guilt to swallow you whole, why don’t you just try to cope up with it and then move on?

Also, she couldn’t even hold a gun in her hands which signifies that all the hard work Tobias and the other Dauntless trainers put in on her to make her brave and ready in any damn circumstance went all in vain. On the spur of a moment, she became agonizingly fragile.

Nonetheless, the book kept a very good pace and was inescapable from the very beginning. It was a book filled with suspense and unimaginable plot twists, a heartbreakingly excruciating tale of betrayal and how the love thrives despite everything.

Altogether, the book was good with a few drawbacks but many pros. So, just go and read Insurgent. You won’t be disappointed.

“Like a wild animal, the truth is too powerful to remain caged!” 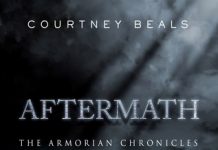