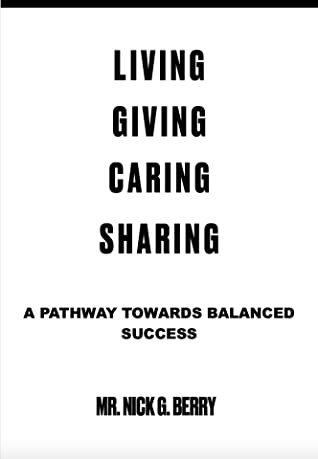 “Patience is not the ability to wait, but how we act while waiting.”

If you are looking for a motivational, Non-fiction read which might make you a better person than before, with an increased understanding of handling yourself and the people you’re surrounded by, ‘Living, Giving, Caring and Loving’ is the ideal book for you. With just 60 pages, it is a very short and crisp read.

In his book, Nick talks about the various business friendly behavior which one needs to adopt in order to reach the pinnacle of success. The book is divided into four parts which find their way into the title of the book. The cover page is a little bland and doesn’t match with the intensity of the content which it hold inside.

In his book, Nick outlines the various dos and do nots which an effective leader should know about in order to transform their employees into responsible ‘team members’. He places emphasis on the importance of becoming a leader rather than a boss and how to foster effective communication among the people of an organization.

Despite his target audience being the businessmen, other industry workers and leaders, I found this book to be equally relatable to a layman. Everyone needs to understand the basics of communication and kindness. The lessons and teaching which Nick has included are commendable. It is something everyone should understand. There were a couple of things which brought on a smile on face like how one must appreciate other’s point of views rather than always asserting one’s dominance.

However, the two places where this book fell short, was the connectivity of the lessons and the language used. I found a lot of grammatical errors in the book which kept distracting me and also, there were abrupt endings of different titles. The language employed was also a little clumsy. The book held immense potential but fell short of reaching the summit of it’s capability.

Still, I have some pretty high expectations from the author in the future and hence, I would recommend this non fiction book for anyone who is looking for a good and quick self-help read which will bring about a few changes in the way you live your life. Also, if you don’t mind a couple of grammatical errors. 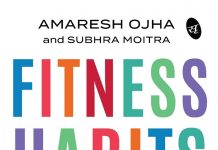 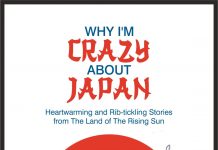 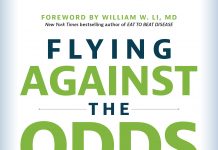