Mine to Protect is another whopping tale of thrill and love by Emily Myers!

TITLE : Mine to Protect

SYNOPSIS – MINE TO PROTECT

Alister Amato is rich, powerful, and feared by all who know the truth. He’s the Blood King, a mafia boss with a lust for blood and an infinite reach. Everything in me screams I should stay away. But when my Organized Crime Task Force is called to investigate the slaughter of a rival criminal syndicate, I know that isn’t an option. The way the men were killed is something I’ve only seen once before—eighteen years ago when my mother was murdered and I was orphaned. I don’t know how my mother wound up in the clutches of the mafia. But, after all this time, I will stop at nothing to discover the truth. Even if it means aligning myself with the dangerous, mysterious, and undeniably handsome, Blood King.

They call me King, but I am nothing but a prisoner. The world of darkness I belong to has stolen everything from me—my mother, my sister, my happiness, my freedom. Most of all, it has stolen my ability to love. If it weren’t for my sister, Sophia, I would walk away from the throne I never wanted and let New Orleans burn. But even that would not set me free. My name and my blood have placed a target on my back and cursed anyone who stands beside me to the same fate.

Which is why when FBI agent Ariana Valentine weasels her way into my life and heart, I do everything I can not to fall for her. My love is a death sentence. And, after everything this world has taken from me, I won’t let it take her too. Even if it means I have to walk away from the only woman I’ve ever allowed myself to love.

Mine to Protect is a compelling and poignant romantic thriller that should be taking the world by storm.

Penned from dual perspective of the main characters Ariana Valentine and Alistair Amato, this book is one that had my eyes and hands glued to my kindle for hours on end.

Alistair Amato, or The Blood King as he called in the shadows of New Orleans, knows loss intimately. Ariana Valentine, an FBI agent working to bring the vile men that lurk in the dark and ruin her city knows loss too. When the kindred spirits meet and are stuck together by perseverance, relentless blackmail, and of course, their shared need to serve justice, fate might just have her own fun with them.

If you’re a fan of Contemporary Mafia Romance Thriller fostering the forbidden love and forced proximity trope, this book is one you irrefutably need in your life. Honestly, I have read my fair share of Mafia romance novels and pretty much know how these books work. But, Emily has a way of drawing the readers in with a cliched setting and breaking the said cliché into a million little pieces.

Mine to Protect perfectly complements the dark and gritty tones of her two previous books and brings something new to the table. From the beginning the book had me in chokehold. The plot was intricately woven with every lose end tied in a pretty little bow at the end. The pacing was perfect and not once did I feel that the book was dragging for no legitimate reason.

The chemistry between Alister and Ariana albeit volatile initially, is actually splendid. Sure, there was some spice but not too much that it became overbearing. As I said before every moment in this book added on the plot and/or character development.

I must say that Emily’s writing is whimsical. In fact, it wouldn’t be a far stretch to say that with this book of hers, she has bewitched my heart and soul.

Emily’s books are shelved as Romance Thrillers and they do justify their genre, unlike most of the other books. The balance between the romantic elements of the story and the suspense that the story is built upon is perfect so no one aspect overpowered another.

Emily Myers, in my humble opinion, is a shining example of why indie authors deserve way more recognition and credit than they currently do.

CHECK OUT SOME OF MY OTHER REVIEWS 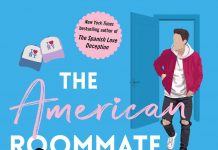 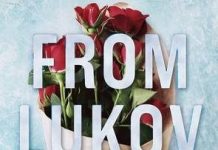