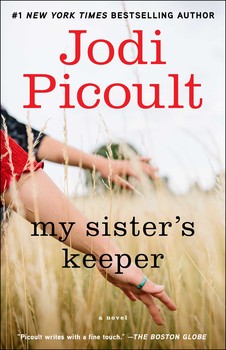 “Things don’t always look as they seem… Life isn’t as stable as we want it to be.”

Anna Fitzgerald is not sick. But she might as well be. By the age of 13, she has undergone countless surgeries, operations and has endured the pricking of numerous needles. All because that is what is best for her sister – Kate Fitzgerald who is suffering from leukemia. But Anna doesn’t want to be a donor for Kate anymore. Even she wants a life of her own.

Now, Anna can’t help but wonder that if her life would weren’t tied to her sister’s, how would it be? But after all, as her parents say, Anna was born for the very purpose of aiding her sister combat against her illness. Hence, in her endeavor to have her own say in her medical handlings, Anna files a lawsuit against her parents and sues them for the rights to her own body. Because Alas! “Sometimes to get what you want the most, you have to do what you want the least.”

“My Sister’s Keeper” is a book which is filled with sentiment, drama, gravity, sensitivity and a tinge of humor. Jodi Picoult portrays a broken family in such a way that it is inarguable. The Fitzgerald family is tied by nothing a lose thread. One tug in the wrong direction, and the family is bound to fall apart. It is a very rare occurrence that any author depicts a family crisis in such a hauntingly striking manner which is so damn real.

Every single character in the novel captured my heart by their close propinquity to reality. Every character was real and every situation was true. Despite being a fiction novel, I couldn’t read it as one. Jodi Picoult has a knack of writing stories where we feel like someone is telling their own poignant tale of love, loss and crisis. It is a tightly woven tale of emotional valiance and determination which manages to slither along the past and present in a very gracious manner.

Chapter after chapter, the readers are desperate to know what happens next. This novel by Jodi is an utter page turner. Once you are into it, there is no way out but to finish it. The tale will leave you drowning in the ocean of your thoughts. It is a story which will invoke deep emotions in the reader and even after the shattering climax, it will leave them begging for more.

“There are some things which we do because we convince ourselves it would be better for everyone involved. We tell ourselves that it’s the right thing to do, the altruistic thing to do. It’s far easier than telling ourselves the truth” This is what everyone in the novel did, and some of them even suffered because of this. No one has the right to make decisions on any other person’s behalf. It should totally be his/her own choice and they should be subjected to the consequences of their choices.

Lastly, My Sister’s Keeper is a bitter sweet tale of love and loss, courage and fear, but above it all of a family in crisis. This is a tale which will stay in every reader’s heart, until the day they die… I would definitely recommend this book to everyone who is willing to read something out of ordinary and something which will leave you stunned and unable to move from your place.

“She spent the rest of her time holding on to whatever scraps she had left.” 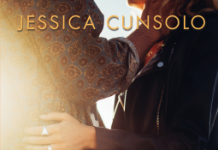