I think it’s amusing and also a little shameful how TV Shows and movies portray Psychopaths as chainsaw wielding lunatics who’ll probably chop off your head if you even breathe the wrong way in their direction. Their characters tend to exhibit characteristics like temperamental issues, blatant disregard for rules, delinquent behaviour and of course, aggression. Au Contraire, Psychopaths are manipulative, calm and level headed and appear to be normal under most circumstances. And maybe that’s the reason why it is so difficult to identify them.

In this article, I will talk about some of the key differences between a Psychopath and a sociopath & will be citing some famous Pop Culture references and real life examples.

NOTE: I am pursuing my Psychology Majors so I enjoy delving deeper into such topics. This is in no way me trying diagnose and label anyone. The article is published solely from an informative and entertainment point of view.

I’ve usually seen that these two labels are often used interchangeably when in reality, these are two distinct labels. According to the Diagnostic & Statistical Manual 5 (DSM 5), Psychopaths and Sociopaths suffer from a Personality Disorder known as Antisocial Personality Disorder. However, it is important to know that there is a key difference between them.

It is the distinction of these two words that the classic ‘nature and nurture debate’ pops up. To sum it up, Psychopaths are born and Sociopaths are made. An easier way to remember this, would be to understand the meaning of the core words – ‘Psyche’ means the mind and ‘Socio’ stands for the sociocultural factors.

The basis of psychopathic behaviour lies in defunct Biological system of a person. On the other hand, a Sociopath is a person who is deeply influenced by their upbringing. For example – a Sociopath could’ve been created due to the result of an abusive childhood or alcoholism. In contrast, despite having a shining and poster childhood, a Psychopath might turn out to be exactly what he is – Psychopath.

Identifying them is pretty easy when you know exactly what you are looking for. A Sociopath typically has a bright neon sign flashing over their heads stating that they’re not a nice person. Sociopaths reek of animosity and downright cruelty. They are reckless and often tend to lose their temper. Whenever we think of an axe wielding maniac, we are referring to a Sociopath. In fact, it’d suffice to say that all the characteristics we associate with a Psychopath, are actually the characteristics of a Sociopath.

In fact, it is quite rare to be able to figure out who is a Psychopath. Because, while Psychopaths externally appear to be as normal as the next person, they are calculative and highly cunning. They tend to indulge in mind games & play on the insecurities and fear of their victims. As I mentioned before, Psychopaths are born with an impairment in their brain regions which are responsible who enticing emotions like remorse and sympathy. It is due to this dysfunction, they are relatively more dangerous than a Sociopath.

The outward appearance of a Psychopath can fool anyone because they are seemingly normal people. On the risk of repeating myself, a psychopath is NOT a person who runs around screaming bloody murder and attacking random people. On the contrary, a psychopath IS a person who lurks in the dark, planning, plotting, playing games with their victim, manipulating them and then striking when the time is right.

It is often seen that Psychopaths have hollow friendships. This means that they keep people around them only as long as they gain something from the alliance. In other words, they consider people disposable and hence never really form meaningful relationships. Another reason why they might not have healthy relationships is because they thrive on gas lighting people. In simple terms, they find a sadistic pleasure in messing with the minds of a person and making them believe they are crazy.

Finally, a psychopath is a person who brandishes indifference towards people and this is reflected in their lack of sympathy. They often have a blank expression on their face and tend to stare at others in an alluringly creepy way. They are also self-absorbed and narcissistic which makes them believe that they are superior human beings and they can get away with anything.

What about Sociopaths then?

Sociopaths are the people who thrive on the thrill and exhilaration of committing crimes. They are often found to be deceitful and have little to no difficulty lying in order to get their way. Alongside this, they also tend to make reckless decisions and live in the present. They disregard the future and often display violent tendencies.

In most cases, Sociopaths are like an open book. While on the one hand psychopaths often at least pretend to care about things and maintain a façade, Sociopaths tend to jump the gun and skip with the niceties. They are prone to fits of anger and more often than not, they tend to lose their temper.

Sociopaths – The Joker from Batman, Jack Torrence from The Shining & Walter White from American Dad, just to name a few.

The list of Psychopaths is a slightly longer one:

Psychopaths – Norman Bates from Psycho, Hannibal Lector from The Silence of the Lambs, Patrick Bateman from American Psycho & Peyton from The Hand that rocks the Cradle.

The fact that Psychopaths and Sociopaths are not just fictitious figments from Web series and movies but they do exist in real life is enough to send chills down people’s spines. Some of the most famous Psychopaths in the history include:

– Ted Bundy: His name is almost synonymous to serial killer and psychopath. He is one of America’s most notorious serial killers. Read the entire story of his crimes here.

– Dennis Radar: More commonly known as the BTK Killer, Radar was another one of the most famous Sociopaths. Read his entire story here.

This article is in NO WAY a comprehensive crash course on Psychopaths and Sociopaths. It can be difficult to hold a firm grasp over the distinction between the two because these terms often overlap. Luckily, there are many documentaries available which are based on real life Serial Killers, Psychopaths and Sociopaths. Other than that, there are also a plethora of videos and expert talks on YouTube which better highlight the distinction between the two. This might help you gain some insight about Sociopaths and Psychopaths.

Question for the readers – Which Psychological Thriller Movie/series/book has always stayed with you? 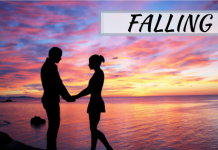 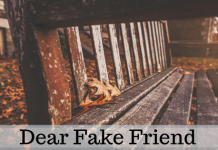 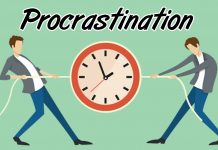