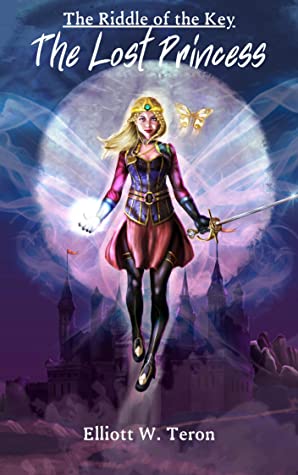 Princess Vera Castellana wakes up years after a mystical slumber. What she finds is an empty kingdom with secrets buried deep within. Soon enough, she joins forces with a learned scholar and a mysterious warrior who help Vera decipher the dark secrets of her kingdom and restore it to its previous glory. But, no quest is complete without sinister villains blocking the path of our protagonists. Here, we have the Arlysians who are willing to do anything to stop the restoration of the Kingdom of Cagliostro. What will be the fate of the Princess and her kingdom? Read the book to find out.

The Lost Princess is an enthralling Fantasy meets sci-fi novel set in the medieval times, the era of kings and queens. Most of the novel takes place in the Palace Cagliostro where all the characters strive hard to uncover a way to defeat the villain, Arlysian Queen, Nemesis who will do just about anything to unleash the Dark Goddess Arlys on the surface of the Earth.

First things first, the cover of the book, seems a little childish which might be off putting for some people. But hey, never judge a book by its cover! The title is nice and justifies the book, however, I believe with the type of story-line, the title could’ve been way better.

The book maintained a fast pace throughout. The plot was unique and captivating. There was a perfect amalgamation of magic, sword fights, astrology and science. The action sequences were detailed and descriptive. The writing style of the author was truly mesmerizing as you can’t help but be lost in the world of Vera and Pierre. The scenes are penned in such a way that you can feel yourself practically ‘living’ the story as it unfolds.

Coming to the characters, I think I need to admit that every character was well penned. The book delved into all the characters at least once and did not just focus on the protagonist, which was one of the best parts. Also, this story refuges a strong female lead and contains references of Norse Mythology – Vanirs and Aesirs which I thoroughly enjoyed.

All things aside, the best part about this novel, was the language. Set up in the Medieval area, this was one of the very few books that had the language aligned with its setting. The Dialogues were strong and impactful. The story-line was unique and fresh. The book ends on a cliffhanger which leaves the reader craving for more.

I, for one, have already reserved a place in my TBR pile for the second instalment in the series. Can’t wait for it to come out! 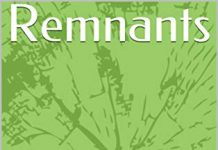 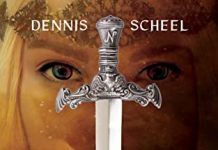