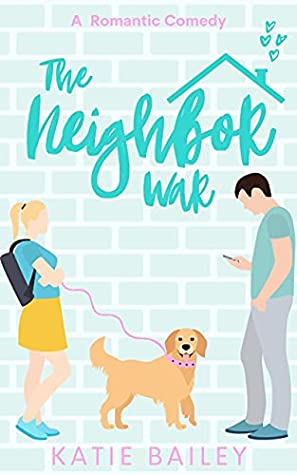 SYNOPSIS : Aiden Shaw is the smuggest, most infuriating man I’ve ever met. Ever. He’s also my next door neighbor.

We’ve been at war for four bitter years. But last night, Aiden crossed a line.

The worst part? My public humiliation was caught on camera, and the video’s a viral sensation.

Now, the entire internet is raving about our “off the charts chemistry” and “crackling sexual tension.”

Apparently, everyone is delusional. And blind.

Yet when Aiden turns up on my doorstep, asking me to pose as his girlfriend, I find myself saying yes. Even if that means taking a couples vacation with him. Yup, couples vacation. With my mortal enemy. Who I have to pretend to be madly in love with.

I can put our war on ice for a little while, Aiden Shaw.

But in the end, someone’s gotta lose.

And it’s not going to be me.

The Neighbor War is a laugh-out-loud funny, swoony, closed door romantic comedy. Expect some mild language and suggestive jokes alongside sizzling hot chemistry and tension you could cut with a knife—all without the explicit scenes.

Since I finished reading The Roommate Situation, the feud between Aiden and Courtney has always been on my mind. I’d always thought it would make for an excellent plot for a spin-off story, which, spoiler alert, it did. Fake dating and Enemies to Lovers are two tropes that work astronomically well together. ‘The Neighbour War’ has just cemented this notion now.

Aiden became an internet sensation overnight when his apparent playboy ways went viral. However, to secure the promotion he has always wanted, convincing his boss that he is the poster man for family values and committed relationships is a must. For that, he approaches Courtney and asks her to pitch in as his fake girlfriend. The tiniest drawback of this plan? Courtney abhors Aiden. Yet, for Courtney to be able to gain a lucrative client, she needs to go along with Aiden’s plan. A weekend getaway to the Caribbean with a person who supposedly hates your existence. What could possibly go wrong?

If you’ve read The Unhoneymooners by Christina Lauren and liked the setting, this stomach-achingly hilarious Rom-Com, ‘The Neighbor War’ is right up your alley. The plot was pretty basic yet with a side of prank wars and fun banter. The chemistry between Aiden and Courtney was off the charts, and their banter was definitely something that kept me giggling throughout. The pop culture references were the book’s highlight and made the readers more connected to the writing.

Katie has a way of writing Romance and humor amalgamated to dish out a beautifully penned story that remains with the reader for a long time. With dynamic characters and candid, witty dialogues, this book was everything its predecessor was and more. It had the perfect amount of dramatization without going overboard with information dumps or plot lags.

Aiden was an absolute darling. He has officially made it to my list of all-time favorite book boyfriends. He was a misunderstood yet charismatic person. Despite spending his life scared of love and running away from it, all the poor guy wanted was to be loved. Courtney, if I am being honest, was an acquired taste. There were times in the story when her character annoyed me. This was especially the case when she judged Aiden without ever knowing a thing about him.

Ironically, this prejudiced affect made the enemies-to-lovers component of the book fell short. There was no convincing premise behind the main characters turning to ‘sworn enemies.’ In fact, Aiden was attracted to Courtney the first time he saw her, and so was Courtney. This one minor detail made this entire trope come off as a tad bit paradoxical. The fake dating trope was still skillfully executed. Contrarily, the enemies-to-lovers segment felt forced.

When reading this book, expect some suggestive jokes, playful banter, and tension that can bench press a couple of football players. If Rom-Coms are your poison, this book should be on your list.

Katie Bailey writes rom coms to make you laugh, cry, then laugh until you cry again.

She’s a hopeless romantic, and her goal is to always write swoony, funny love stories with memorable characters and lots of heart. Oh, and good looking heroes, of course.

If you like laugh out loud, quirky humor and tons of sizzle and chemistry in your closed-door romances, check out her debut series, Only in Atlanta, today! 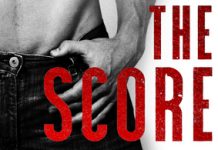