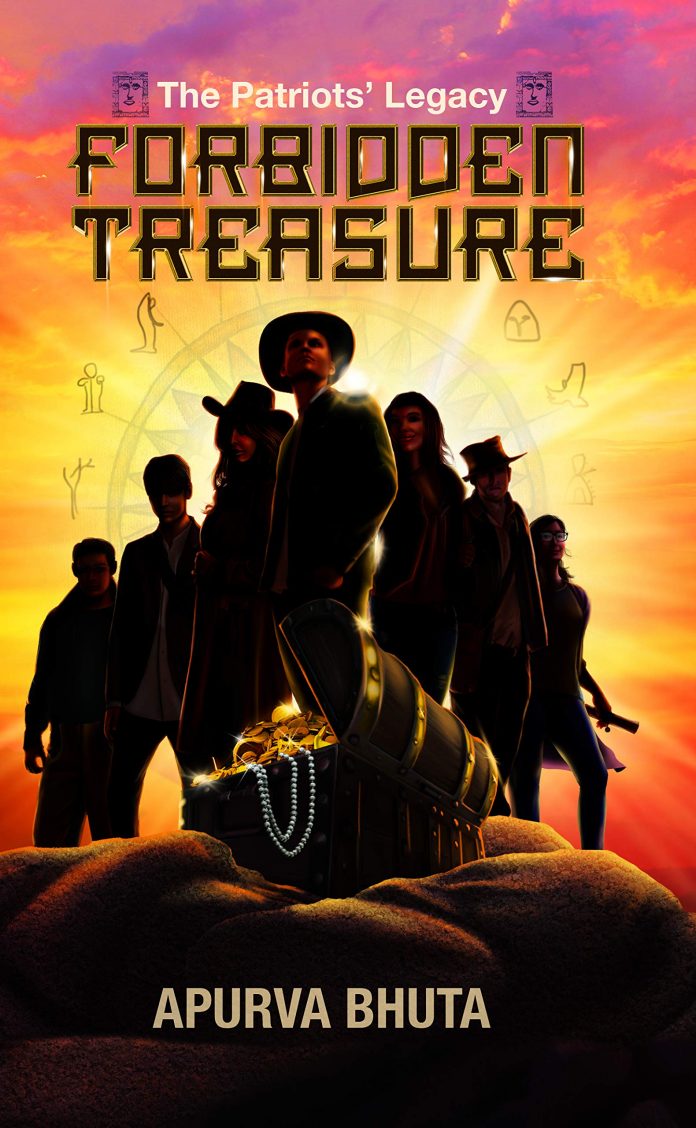 (As part of the blogchatter Book Review Program)

The descendants of the ancient Patriots who hid the most valuable treasure known to mankind are now on the clock to uncover the said treasure. With obstacles hindering them every step of the way, the team of 7 youngsters, hired by a mysterious organisation, fight against time and lethal enemies who will stop at nothing to obtain the treasure. Is their wit enough for them to sustain in this tangled web? Or will they fall victim to dark forces lurking in the shadows, stalking their every move, and waiting for the right time to strike?

The Patriots’ Legacy Forbidden Treasure is a mystery/thriller with a very gripping plot. It is a very fast paced read which had me glued to my seat for a solid 2 hours until I had devoured the entire book. Truth be told, I was so mesmerized by this book that I couldn’t bear the thought of putting it down even for a minute.

Starting from the Title of the book – The Patriots’ Legacy – Forbidden Treasure. Well, I think it is safe to say that the title was very appropriate and it was the title which seized my attention in the first place. After all, it is safe to admit that everyone is enchanted by ‘forbidden’ objects. Well, that’s my excuse! Jokes apart, coming to the book cover, it is vibrant and justifies the theme of the book perfectly.

The plot of the book had a very fast pace. The pages just flew by and before I knew it, the book was over, leaving me craving for more. The adventure aspect was flawless. The troubles through which the young adventurers had to go through, were cleverly crafted and essayed in such a way that made me believe that I was there in real time and I myself am running for my life. Congratulations to the author for creating such a vivid image for the readers. The narrative was quite easy to comprehend which was another feather on the hat.

Also, needless to say, the book is very well researched. Anyone with an interest in the 7 Wonders of the World will find this to be their dream book. The way the author has presented the folklore and myths of 7 different cultures thoroughly impressed me. The author has his historical facts down to the point. I loved the authenticity of the book which was merged with the tiniest sliver of fantasy and fiction to make it even more interesting.

One part which proved to be a spot on the otherwise flawless novel was the love story. It was just touched upon and not elaborated which, in my opinion, made it a little unnecessary. You either talk about it, or don’t! You don’t just skirt around the topic. This was the only thing in the entire novel that irked me.

Other than that, the whole concept was perfectly woven with no loose threads. The book ends on a cliffhanger which leads the reader to believe that there will be a second instalment in The Patriots’ Legacy. I, for one, am really excited to read the next book.

So, well, what are you all waiting for? Order your copies of this amazing Mystery novel from Amazon. Or, purchase an e-book. Because trust me, you don’t want to miss this book. It is sure to take you on one hell of a ride. Grab a cup of coffee and perch on your favourite armchair. It’s time for a lethal game of treasure hunt.