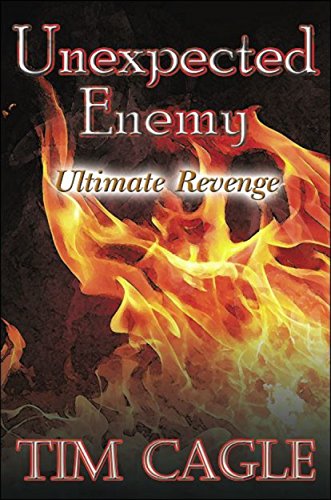 Infertility is the worst thing a women can experience. This is the case for Ann Sorenson. After years of infertility she is finally able to conceive a child via In vitro fertilization. But something doesn’t play out well and she delivers a premature baby who absolutely CANNOT be hers since both the parents are white but the baby is black.

Push comes to shove when it is revealed that both, the baby and the mother are HIV positive. The hospital and the staff are in for a massive lawsuit if the case goes to the court. What would everyone do? And as they say, there is nothing black and white when it comes to court cases. There always are shades of grey.

Unexpected Enemy is an intricately woven legal thriller which addresses the themes of political competence, betrayals, a person’s character and the ultimate villain-the thirst for revenge. The cover of the book is as vibrant as the plot & the title is so apt. Why? You’ll have to read the book to find out.

First things first, I really hope I could’ve given this book more than just 5 stars! Just like the first book I read by the author, “Class of Two”, this was another MASTERPIECE. Despite this too being a legal thriller, the book was substantially different from the previous one. The flow of the plot was smooth and the story line was building up throughout the course of the novel.

The plot was fast paced since the beginning and the legal and medical technicalities were depicted really well. The story line was full of suspense, unique and utterly unpredictable. Every chapter fostered a strong ending. The author sure knows how to keep the readers hooked.

The characters were well penned and one of the best part about Tim’s novels is that he focuses on all the characters and not just the protagonists. The characters build through the book and secrets about their lives are revealed, all in due time.

Another positive point was that the story is actually ‘shown’ to the readers rather than just being ‘told.’ The climax of the novel had me blown. It was totally unprecedented yet, it couldn’t have been better.

Over and all, this is a must read for all the legal thriller buffs because the Thriller genre doesn’t get better than this! This is not just a story about advocacy and political bureaucracy. Rather it is a mangled web of cleverly plotted scandals to bring all the culprits down on their knees.