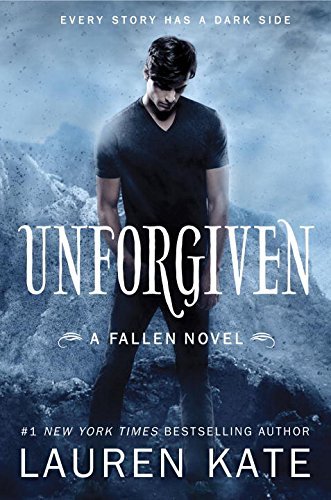 The most awaited story for the Fallen fans. The Love story of the bad boy brooding angel ‘CAM’. Who could have ever expected that ‘Love’ held a significant position in Cam’s heart? Cam’s only soulmate – Lilith. As introduced in Torment and further elaborated in Rapture, Cam’s love history has been entirely different from anyone else.

After an infuriating heartbreak will he be able to win back Lilith’s love or will the two lives entirely be devastated by the cunning king of the devil angels ‘Lucifer’? Will Lilith fall in love with Cam or will Cam lose her, to spend his eternal life on a heartbreak and without his only true soul mate?

Lucifer had made Cam’s love life a hell, and even Cam was determined in sucking the life out of Lucifer if he tried to snatch Lilith away from him, once again…

Cam has always been my favorite character in the whole Fallen series! Especially, his carefree attitude and at the most… His green eyes. His eyes are so green that even the full bloom trees of the Amazon Rainforest and the emerald itself will be a prey of envy for Cam’s eyes!

When I came to know that Lauren Kate has decided to release Unforgiven, I was thrilled. My joy and exhilaration knew no bounds! A whole book which will revolve around Cam.

Witnessing Lucifer plot plans against Cam and prying into Cam’s business, brought out my aggressive side. I felt like stepping into the book, smacking the devil really hard on his head, tearing his so-called ‘stunning’ amber hair, wring his neck and most probably… take the life out of him right then and there! I was also aware that it was Lucifer’s damn creation and he could do anything his brutal mind propelled him to do. But still… I couldn’t help myself but could feel angry!

As the question of the climax arises, it was decent and different. However, it was’t the best I anticipated after reading the entire novel. It was a cliffhanger and did not provide absolute satisfactory answers to the questions that I had in my mind, which leads me to the conclusion that there is more to Cam & Lilith’s life. It can’t just end here and what happened to Lucifer… I am expecting a sequel to this novel which answers my questions. Though I doubt that a complete book will be required but still I wanna know about it…

Unforgiven has an awesome character plot and an entirely different story scheme than the rest of the Fallen series. I was overwhelmed with emotion after reading the book. Some parts were touchy which will bring out the softer side of the reader. On the other hand, some were so humorous and at the very same time very panicky that it would make the reader laugh a hysterical laughter.

I recommend this book to everyone because it was really good and not at all a boring read… While reading it, just remember…

“Mortality is the most romantic story ever told!”