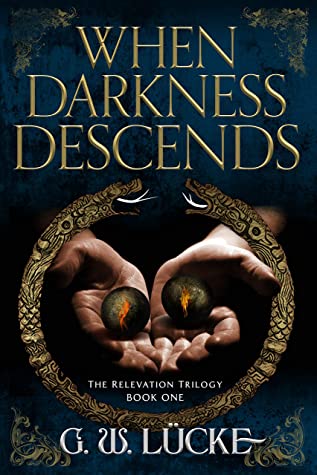 “I received this book as a review copy & I’m giving an honest review.”

When Darkness Descends is a well penned Fantasy novel with a really clever story line. It outlines the story of a teenage boy Tom Anderson who, in a war infested world, seeks vengeance upon the killer of his Grandmother. With a friendly wild grell at his side & a plethora of other unlikely allies, Tom travels his path. But no matter how oblivious he is, someone is hellbent on making him embrace his destiny.

I admit, the basic plot of the book was really confusing at first. There were a lot of different characters and remembering the names of all of them was a very tedious task. However, as the story progresses, I found it easier to indulge myself and then, there came a point when I didn’t really wish to put the book down even for a minute. Further, the author provided an appendix at the end of the book which was really helpful.

The major theme of the book was the generic lust for political power but the way it has been threaded into a Fantasy setting is truly amusing. The author brings out a fresh perspective in a clichéd story line & that is worth praising.

The author narrated different incidences happening at different places simultaneously. However, he did so with such prowess that it wasn’t even the slightest bit confusing. The world building was commendable. The author painted the scenes with his words. The way he threads the entire story is really amazing.

The story had a very strong narration and the characters kept building and developing throughout the course of the book. They weren’t stagnant and that is the best part about the book. Further, the characters were vivid and seemed real. The author brings to light, some really heartwarming friendships.

I would recommend this book to all the people who wish to read something fresh and engaging.